In celebration of Bike Month, we wanted to revisit our prior newsletter regarding bicycle access in office as well as residential buildings, protected bike lanes and review the latest bike map.

As you know, cycling is booming in the city.  New York City doubled bicycle commuting between 2007 and 2011, and estimated it to triple by 2017.  Commuter cycling has increased by 26% between 2008-2009 and more than doubled since 2005. The New York City Department of Health (DOH) estimates that over a half million New Yorkers ride bikes. In New York City, 10% of auto trips are under one-half mile, 22% are under 1 mile and 56% are under 3 miles – which are all distances that may possibly be served by bicycle.

The New York City Department of Transportation (DOT) has completed the City’s ambitious goal of building 200 bike-lane miles in all five boroughs in just three years, nearly doubling the citywide on-street bike network while reshaping the city’s streets to make them safer for everyone who uses them. 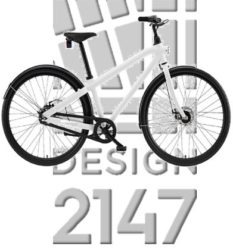